As more and more states legalize medical or adult use of cannabis, a new organization has formed to advance federal cannabis legalization and promote restorative justice for communities harmed by prohibition – and Vireo Health’s Chairman and CEO Kyle Kingsley, M.D., and Chief Medical Officer Stephen Dahmer, M.D., are helping the council get started.

Billing itself as the largest coalition of its kind, the U.S. Cannabis Council (USCC) encompasses industry standalone and multistate businesses, advocacy groups, and associations from across the United States and Canada. Dr. Kingsley is among the Board of Directors for the new organization, and Dr. Dahmer is a Policy Advisor for the group.

While local pushes have largely been effective — bringing adult-use cannabis to 18 states (and Guam and the District of Columbia) and medical use to 36 – the state-by-state, patchwork legalization means laws, restrictions and guidelines for cannabis companies and customers alike vary widely from one location to another. Without legalization at the federal level, concerns and roadblocks with interstate transport and commerce, banking, research and social justice reform also remain.

That’s where the new USCC comes in. A broad coalition representing business and advocacy groups, the USCC’s founding members include representatives from major cannabis organizations and companies across North America. The group includes the Veterans Cannabis Project alongside multistate medical cannabis leaders Vireo Health, Canadian power players Acreage Holdings and others. The Board of Directors includes professionals within the cannabis industry as well as medical cannabis experts, like Vireo Health’s own Dr. Kingsley, who brings his experience as an emergency room physician and as founder and leader of Vireo Health. In addition to his role with USCC, Hawkins also serves as Executive Director of the Marijuana Policy Project, the largest organization in the U.S. focused solely on ending cannabis prohibition. Hawkins has also worked as an attorney at the NAACP Legal Defense Fund and as Executive Vice President for the NAACP, challenging race-based disparities in the criminal justice system and successfully lobbying the historic organization to embrace cannabis decriminalization as a central pillar of its efforts.

“For decades, cannabis prohibition has been enforced unequally among people of different races,” said Dr. Kingsley. “As cannabis is legalized in more and more states and federal legalization looks more and more likely, it is vitally important that cannabis-related justice measures remain a part of these legalization efforts. The USCC seeks not just to bring an end to cannabis prohibition, but to right the wrongs caused by prohibition and to support an equitable and values-driven cannabis industry. Federal legalization without social justice and equity for impacted communities is incomplete.” 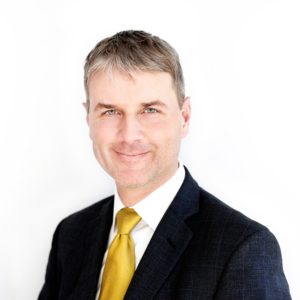 The federal prohibition on cannabis has also greatly hampered research efforts, which has then impacted the ability of medical and cannabis professionals to make recommendations to patients about types of cannabis products and appropriate use and dosage guidelines.

Dr. Dahmer was one of six medical professionals who recently addressed this and other points in “The Medicine of Cannabis: An Overview for Medical Professionals and Policymakers,” a white paper published through the National Cannabis Industry Association (NCIA). The paper also made recommendations for policy changes to develop a regulated cannabis industry founded in scientific research.

“It is rare that you find physicians active and engaged in policy,” Dr. Dahmer said. “Our deeper interests lie in safety, efficacy, high quality research, affordability and accessibility – basically, what works for our patients. To shift the paradigm from the war on drugs to exploring those factors in plant medicine, there is one common denominator: policy. That is why we at Vireo Health, a physician-led medical cannabis company, are excited and grateful to participate in the USCC efforts to remove barriers to exploring the safety, efficacy, affordability and accessibility of medical cannabis.” U.S. Cannabis Council: Standing On the Verge of Legalization?

In July, Senate Majority Leader Chuck Schumer (D-NY) and Senators Cory Booker (D-NJ) and Ron Wyden (D-OR) unveiled the Cannabis Administration & Opportunity Act. This high-profile legislation would end the federal prohibition on cannabis while still letting individual states decide whether to legalize cannabis for medical use, adult use or both. While it would not legalize cannabis across the country, it would ease many of the restrictions and concerns related to interstate commerce, banking, research and other areas for companies operating legally within the states where they are located. Just as importantly, the draft legislation would create grant programs with funding to promote equity in the cannabis industry and incentives for state governments to expunge cannabis-related criminal records quickly and efficiently.

Only recently introduced, the bill has already generated much discussion, but it still faces a long road ahead. While it may be the most progressive attempt to reform cannabis laws, it is not the first. Last year saw the House pass the Marijuana Opportunity, Reinvestment and Expungement (MORE) Act, only to have it die an unsurprising death in the Republican-controlled Senate. But now that Democrats hold the narrowest of edges there, there’s real hope that this might be the year for legalization.

As you’d expect, we’re keeping a very close eye on this story. Check back with us often for updates and analysis of this crucial juncture in the long road to safe, legal and well-regulated cannabis.